We have been busy linking up with The Coventry Sphinx Football Club to become their official club sponsors.

The Coventry Sphinx have a long history and are the highest non league football club in Coventry.

Below is an action picture taken in one of their pre season friendlies against Coventry City, we lost 4-3 but the boys played well and are a credit to themselves, especially against Championship opposition! 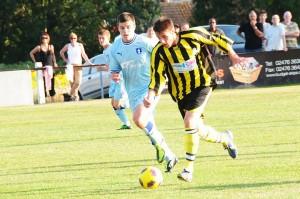 We hired our Oval booth to Rimmel
Read
Perfume Shop Promotion
Pop to see us your local Shopping centre with the Perfume Shop Promotional Stand, have your free photo then post to Facebook or tweet to all your friends from the booth. Read
The must-have elements for an unforgettable Christening.

The must-have elements in creating an unforgettable Christening for your little one.

Unless you’re part of the Jenner/Kardashian clan, it’s likely that the first few years of your life w
Read
Request A Quote